Get Off My Tail 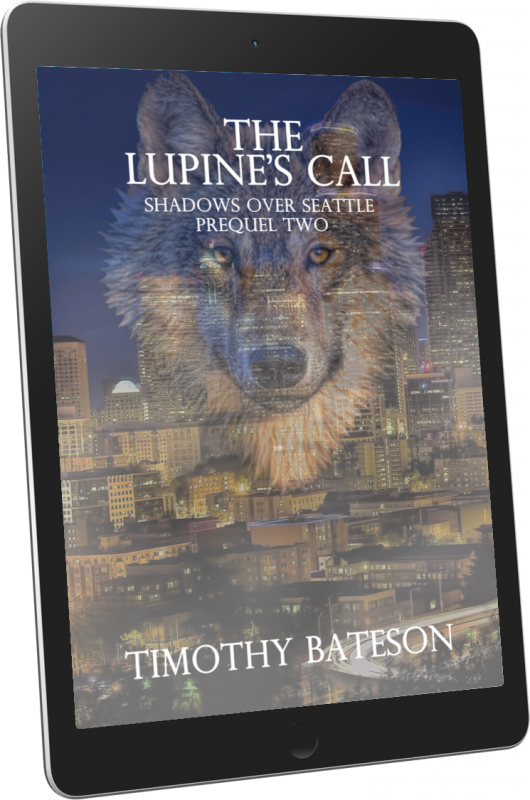 Richard Parsons is a shapeshifter with a drinking problem - not that his girlfriend knows about his abilities. But she's determined to sober him up, and the arguments aren't helping.
Storming out of the apartment during the latest argument might only be the first bad move of the night.

Will Richard's drinking get him into more trouble than he can handle?

Order Now!
About the Book

Richard Parsons is a shapeshifter with a drinking problem – not that his girlfriend knows about his abilities. But she’s determined to sober him up, and the arguments aren’t helping.
Storming out of the apartment during the latest argument might only be the first bad move of the night.

Will Richard’s drinking get him into more trouble than he can handle?

“The Lupine’s Call” is the second of the “Shadows Over Seattle: Prequel” series, giving readers a chance to meet the characters who will be appearing in the main series. Every story is a snapshot of an event in that character’s past, and can be read as a standalone short story, or as part of the series.
At [to be determined] words in length, “The Lupine’s Call” is a quick, easy, read that introduces readers to the “Shadows Over Seattle” setting.

Feedback already received for “Under A Hunter’s Moon (Shadows Over Seattle: Prequel One)”:
“I enjoy the author’s twist on the old werewolf lore, creating a whole new version and calling them Lupines, to allow him to break the rules of the legends without really breaking things, if you know what I mean. ”
-Amazon Reviewer (1st Edition)

“I’m usually a gal who needs romance in her books, but I have to say that I got my hands on a copy of Under a Hunter’s Moon by Timothy Bateson and found a great read! This is a short story, so it’s a quick read, but it’s got suspense, action, and it left me wanting to know when the next one is coming out! If you enjoy shifter stories, this one is a great Urban Fantasy short story that introduces you to some characters that you’ll definitely need to know more about!”
-Anna (Amazon Reviewer) 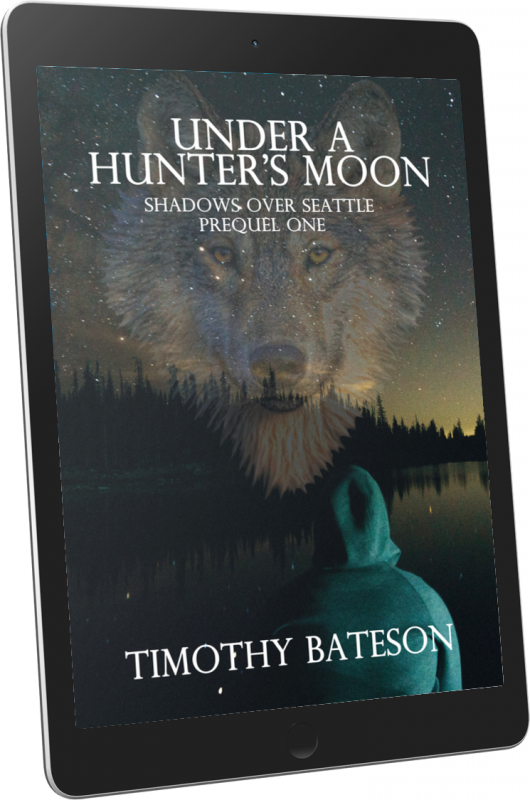 Under A Hunter's Moon: Shadows Over Seattle: Prequels One 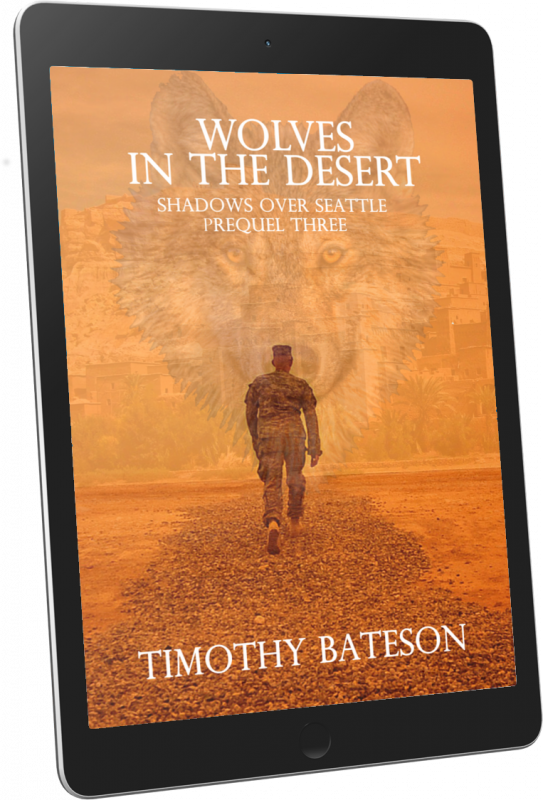 Wolves In The Desert: Shadows Over Seattle: Prequels Three
Preview
Disclosure of Material Connection: Some of the links in the page above are "affiliate links." This means if you click on the link and purchase the item, I will receive an affiliate commission. I am disclosing this in accordance with the Federal Trade Commission's 16 CFR, Part 255: "Guides Concerning the Use of Endorsements and Testimonials in Advertising."

We are currently setting everything up. Please bear with us while we test everything. Dismiss